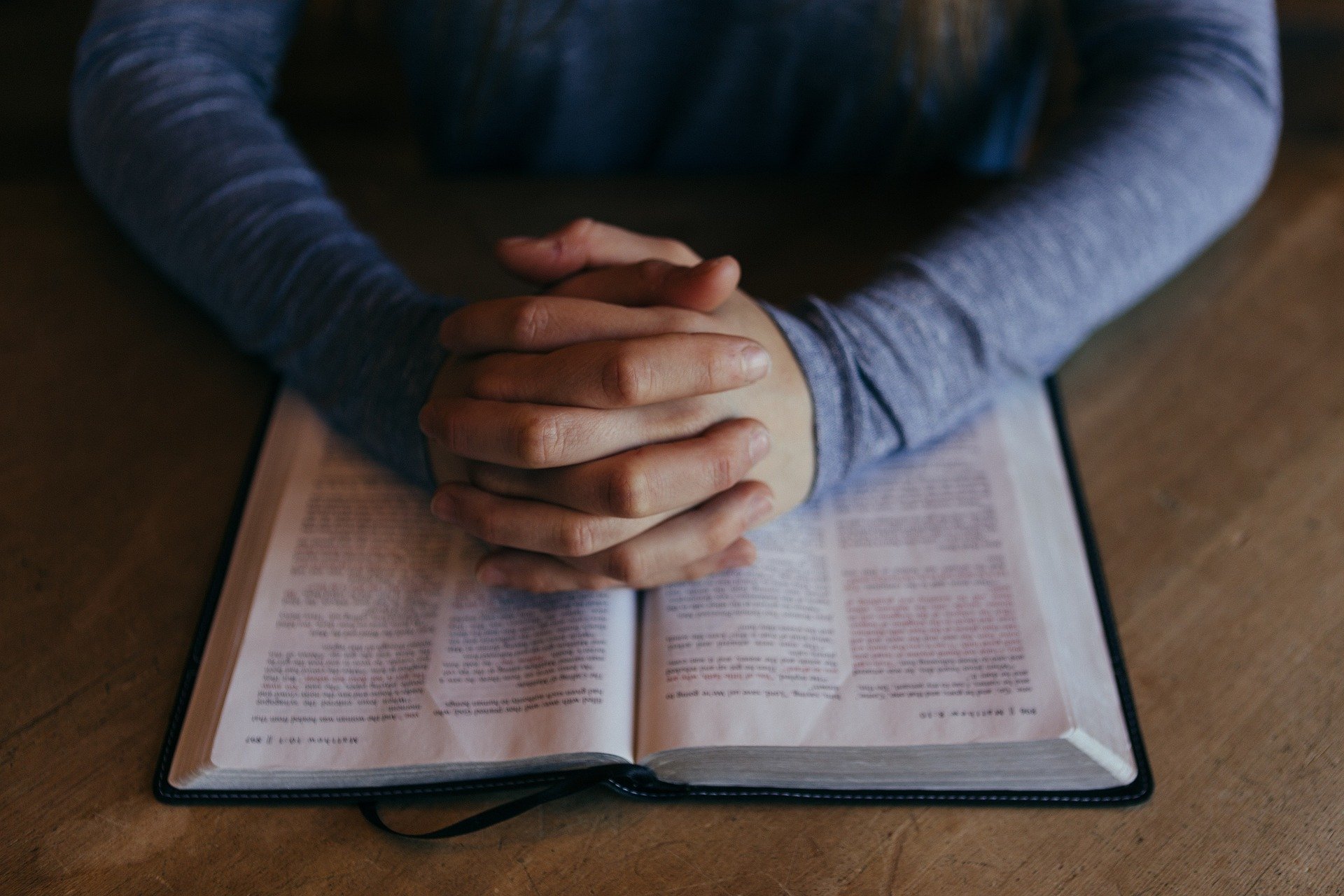 PRAY ALWAYS. PRAY BEFORE, DURING AND AFTER YOU VOTE

All choices are important. That’s why 1 Thessalonians 5:17 says, “Pray Constantly.” We are
constantly making choices. I’ve read we typically make a choice every two seconds. Some choices are more important than others. The choice to skip brushing your teeth one night may not affect a great deal. The choice to not brush your teeth every night for a year might cause irreversible damage. Consistent good choices lead to good things. Consistent poor choices lead to bad things. Certain choices are so important they change your life or affect the world. That’s why information is so important. That’s why TRUTH is so important.
When it comes to voting for leaders in the United States, how would Jesus vote? I’m not sure but
one way to know is to pray! Ask Him. Ask Him to lead you, me, and others how to vote. Ask him to unit others to vote. Pray that His will would be done. Not your will, but His will! Have you spent
more time praying about how you vote or debating with others about how they should vote? Have you ever read the following platforms to help guide your vote or do you tend to listen to the
opinions of news and others that seek to influence your vote? Does the news have more influence on how you vote that Jesus does?

I firmly believe is that prayer something we should take more seriously. I’ve heard Dave Ramsey
talk about how we will spend more time researching which new phone to purchase than we spend researching which home to purchase or researching which university/college we go to Akin to that, I think we should spend more time thinking for ourselves about what we vote for and who we vote for. I think, for example, we should consider what we are voting for as much as (and maybe even a little more than) who we are voting for. Absolutely the person is important. But even more important is what that person is representing and how that person will lead, what they will support, and what they will do. I want to consider not only direct quotes from Jesus while he was living among us but also other quotes from His Holy Word.

“You would have no authority over Me at all,” Jesus answered him, “if it hadn’t been given you
from above. This is why the one who handed Me over to you has the greater sin.”
John‬ 19:11

This points to God giving authority to anyone who has it on earth.

“and declared: May the name of God be praised forever and ever, for wisdom and power belong to Him. He changes the times and seasons; He removes kings and establishes kings. He gives
wisdom to the wise and knowledge to those who have understanding. He reveals the deep and
hidden things; He knows what is in the darkness, and light dwells with Him.”
Daniel‬ 2:20-22

God, in His infinite power and wisdom that has always been and will always be, establishes kings and removes kings. He establishes rulers, leaders, governments, and gives authority to whom he pleases. Does that mean that we should just leave things to God and not vote? To some extent, yes we do need to leave things in God’s hands. All things are in His hands. But we also need to do our part. Just as Moses did his part in leading Israel out of Egypt and just as Joseph did his part leading Israel into Egypt and just as Joshua led Israel into the promised land. In all these, God was the one working but He was doing his work through people.

“For we are His creation, created in Christ Jesus for good works, which God prepared ahead of
time so that we should walk in them.”
Ephesians‬ 2:10

“We know that all things work together for the good of those who love God: those who are called
according to His purpose." Romans 8:28

“Flee from youthful passions, and pursue righteousness, faith, love, and peace, along with those
who call on the Lord from a pure heart.” 2 Timothy 2:22

“You are the salt of the earth. But if the salt should lose its taste, how can it be made salty? It’s no longer good for anything but to be thrown out and trampled on by men. “You are the light of the world. A city situated on a hill cannot be hidden. No one lights a lamp and puts it under a basket, but rather on a lampstand, and it gives light for all who are in the house. In the same way, let your light shine before men, so that they may see your good works and give glory to your Father in heaven.” Matthew 5:13-16

“Foolish man! Are you willing to learn that faith without works is useless?”
James‬ 2:20

We are called by God according to His purpose. Ultimately that purpose is to bring God glory and
to love Him. A part of that purpose is working out His will and taking action in service to Him. We
have been created for good works. To do some stuff for Him. We are to flee evil sinful things are pursue good things like righteousness. We are to always be praying! We are to be salt and light on the earth. We should create a good flavor, not a bad one. We are to let God’s light shine on earth and guard against darkness, which is evil and lack of knowledge of The Way, The Truth, and The Life. To have faith and do nothing with it is useless.

Work that out in your life.

Don’t just watch the news and believe what they tell you. Pray, read your Bible, and ask God how you should vote. Ask God to sway you and impress upon you and talk to you about how you should vote. Seek out direct sources like the Democratic and Republican
Platforms or the platforms of any other party you are interested in. Don’t just listen to the ratings seeking twists, turns, and opinions of media and media personalities. Try to line up with God’s works and His ways and His will and help it be accomplished. Try to do your part in helping His Kingdom come and His will be done on Earth as it is done in Heaven. Maybe ponder about what goes on in Heaven and how we should take action to make similar things happen here on Earth. Will this Earth ever be like Heaven? No, we screwed that up long ago. But we are still in authority and have a responsibility to do the best we can with what we’ve got until Jesus comes back one day soon.

Finally, I want to point out that no matter what, we should look to have peace, unity, and one mind. Particularly in the ideas and the faith that really matters most.

“Therefore I, the prisoner for the Lord, urge you to walk worthy of the calling you have received,
with all humility and gentleness, with patience, accepting one another in love, diligently keeping the unity of the Spirit with the peace that binds us. There is one body and one Spirit — just as you were called to one hope at your calling —one God and Father of all, who is above all and through all and in all.”
Ephesians‬ 4:1-6

“Now I urge you, brothers, to watch out for those who cause dissensions and obstacles contrary to the doctrine you have learned. Avoid them, for such people do not serve our Lord Christ but their own appetites. They deceive the hearts of the unsuspecting with smooth talk and flattering words.”
Romans‬ 16:17-18

“But avoid foolish debates, genealogies, quarrels, and disputes about the law, for they are
unprofitable and worthless. Reject a divisive person after a first and second warning, knowing that such a person is perverted and sins, being self-condemned.”
Titus‬ 3:9--11

What God might be saying here is, don’t watch the news channels that seek to cause strife,
create quarrels, and put up obstacles between people over petty rumors and faulty information. He also says in His Word to be gentle, quick to listen, slow to speak, and slow to get angry. Often, we are eager to share our views and not so eager to hear others out. But God’s Word says to listen. God’s Word says to be open to other perspectives. The main reason that God’s Word encourages us to be open-minded and listen is that ultimately, we’ll know the Truth and the Truth will set us free.

Pray and seek God’s will on all important decisions, including how you should vote.