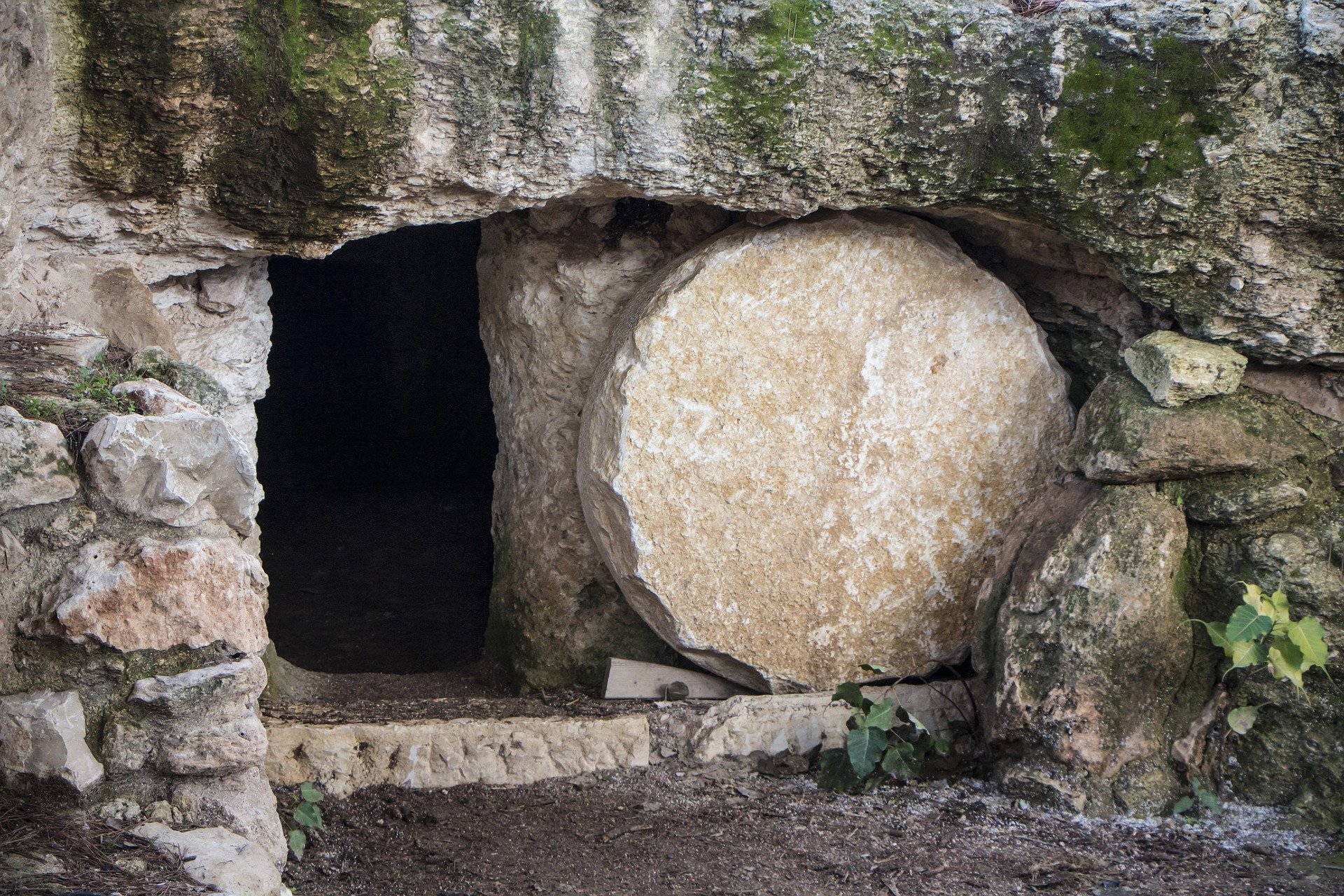 Easter is here. I’m bummed that we won’t be able to gather at church and with extended family but my gladness that we celebrate Jesus’ resurrection is greater than anything. God is Greater-than…

It’s good, I think, to think about Jesus’ last days leading up to his crucifixion. When I have something going badly, when I’m at the bottom of a valley in life, when I’m going through something scary, I think of Jesus. What do you think He was experiencing weeks and days leading up to his last human days on earth? He had the choice to back out. Because of His love for His Father and because of their love for us, He chose to suffer and die! But I don’t think death was what he feared. It was pain and suffering. He was God living on earth. The physical pain He was to suffer for us was something He hadn’t had to experience before. He wanted to go through it for you and for me. It was the only way to make what we had done wrong, right! He loves us so much!

“For as in Adam all die, so also in Christ, all will be made alive.”

Paul writes about how central Jesus rising from the dead is to the Christian faith. If we don’t believe in and celebrate the resurrection, how can we have faith in Jesus? Jesus died. Muhammad died. Hermès died. Buddha died. Confucius died. Joseph Smith Died. Krishna died. Jesus came back to life. He was witnessed by thousands.

Just before the scripture above, in Paul’s letter to the Corinthians written around 52 to 57 AD, he says…

This is written around 20 to 24 years after Jesus had risen from the dead. That’s really close to the same time by historical standards, practically the next day. So the reliability is extraordinary. What’s more is that it’s believed Paul was quoting a creed that was dated much closer to His resurrection.

While we are speaking of timelines, why do you think it’s 2020 for us today. That’s because of the importance of Jesus, God in the flesh, being here with us on earth, dying for our sins, and then coming to life, defeating death for us! How awesome is it how history and how we reference time is all centered on Jesus Christ!

Then, so many people saw Jesus alive after he was verified as dead by the Romans and was buried in a tomb that had a large stone covering it and had guards on watch, making sure no one could mess with his body. One quick thought is who killed Jesus or better put, who is responsible for His death. That would be Jesus Himself. If He wanted out, He had ample opportunity to back out of his circumstances and save Himself from the crucifixion and death on the cross. But He chose to go through with it because of His love for us.

He was verified alive by many different people and on several different occasions. Then because he lived after His death, His followers then, at that time, were then willing to do anything for him and motivated to tell others about Him, even until death. They would not stop spreading His message, his good news, The Gospel of Jesus Christ! We are still talking about it and telling others about Him and His resurrection today. We are still celebrating this new beginning called Easter today because He rose from the dead around 1,988 years ago!

Jesus Christ rose from the dead around 1,988 years ago.

One of the central scriptures from IntendtoLive is John 17:3. It says…

“This is eternal life: that they may know You, the only true God, and the One You have sent — Jesus Christ.”

I hope this year, as you spend time confined due to COVID-19, you will desire and experience God. Just like the ‘to’ in IntendtoLive stands for the empty cross ‘t” and the empty tomb ‘o’, I hope the Easter egg reminds you of birth. Just like a chicken is born as the egg cracks open and just like there is a gift in those plastic Easter eggs, I hope you receive and celebrate the gift God gave you when He cracked open the tomb and displayed the gift of Jesus Christ, that is eternal life. I hope you come to truly know Him, the only true God, and the one He sent, Jesus Christ!

I pray that as you think of the Easter bunny, who I guess lays eggs, you think about how ridiculous that idea is that rabbits lay eggs. While that is not true, it is very true that God did send his own son down to earth to take our place and go through the death you and I deserve. It’s crazy, but it is true. Jesus rose three days later on Sunday. Praise Him!

May you not take his name in vain this Easter by running the motions of Easter eggs and chocolate bunnies, but may you tell your family, you children, about how Jesus rose from the dead and why He rose from the dead, and what that means for us! Now we can have eternal life! Now we don’t have to spend our days worried about death. Death has been defeated! Thank you, Jesus. I will celebrate you this Easter!

God is Great-than….death, my sin, anything I am going through, COVID-19, and anything else.

“No, in all these things we are more than victorious through Him who loved us. For I am persuaded that not even death or life, angels or rulers, things present or things to come, hostile powers, height or depth, or any other created thing will have the power to separate us from the love of God that is in Christ Jesus our Lord!”

IntendtoLive. Live with eternity in your heart. It’s already there. You already wonder about what will happen when you die. Stop wondering and start believing. You don’t need more proof. If you are looking for a sign, you missed it. You don’t have more proof to believe anything else than you do to believe in Jesus Christ and His resurrection!

Remember ‘to’ the empty cross and the empty tomb.

“Conduct yourselves honorably among the Gentiles, so that in a case where they speak against you as those who do what is evil, they will, by observing your good works, glorify God on the day of visitation.”

Not only that, but live with all intentionality here while you are living on earth. You are an alien here because you are a citizen of God’s Kingdom. So live to love Him and love others. Take care of yourself and do everything you can to make your short days on this earth count for as much as possible. Jesus sure made His life count! We should too. What are you doing to make your life count? What are you doing to serve others today, this week, this month, or this year?